**I’d like to thank Jacob for documenting his entire sound treatment process in his 2014 Ford F150 and sharing it with us to post on our site. All products featured besides the Tesa Tape and MLV are ResoNix offerings.**

There are two 6mm bolts on the bottom of the door to remove.

Lift up on the door at this point to remove the door card.

The factor CLD was falling off the two front doors so it was removed.

A double layer of Butyl rope was added to the crash bar and outer skin. A double layer because there was a fairly big gap and I had plenty of extra.

4 CLD squares were then used to deaden the outer skin

The outer skin now has some of these clips that like to wiggle and move so they got TESA tape to stop the noise.

Ford also uses little hooks instead of those pine tree clips so I put some TESA tape on the bottom of those so they wouldn’t rattle.

I then used 1 CLD square on the outer skin and 1.25 CLD rectangles

Ford’s are notorious for having these buttons rattle…my driver side is terrible. So I removed them and TESA taped them so it was tighter. Careful not to break the plastic. I used a very small screwdriver and patience.

The door card had 1 CLD Square and probably about .25 rectangles. The factory fiber mat has some weird clips so it wasn’t removed. But you can lift it carefully and place some CLD under it.

Ford was nice to give a full vapor barrier so it made cutting out the MLV/CCF a breeze. You could just trace it. Make sure to cut it a little bit smaller or the door won’t go on around the edges. Also make those squares a little bigger than traced because those are where the hooks go and they are tight and can’t go on with the MLV/CCF too close.

Hard to see but traced on the CCF backing paper. Use a ball point pen to have it show up better.

Check fitment on door. Once good you can add back the vapor barrier (you will probably have to use some butyl rope to get it to stick again.

Similar with the rear door. Two 6mm bolts on the bottom, 1 8mm bolt in the door handle. No bolt under the grab handle but there is one at the top right.

Once all of those are removed, lift up on the door card.

The rear doors factory CLD was still decent. I made sure to roll it back on to ensure and anything that went over it was made sure to have 3 sides attached on the actual door.

Double strip of Butyl Rope for the crash bar

3 CLD squares on the outer skin

Inner skin received 1 CLD square and 1 CLD rectangle to cover the holes. (Side note: Make sure to have all wires that need to be outside there before final sealing…otherwise you have to go back and fix that…..)

Door card received 1 CLD square. The speaker area also needed to be trimmed to fit a 6.5” speaker. It was cleaned up better than this with a razor blade knife that cut through the plastic very easily.

Trace the vapor barrier on the MLV and CCF

Check Fitment and fix any issues.

Remove back wall carpet so you can access the rear seat bolts. This is just pine tree clipped in place.

Ignore all of the mess of wiring…it will get cleaned up later.

Since the back wall has a lot of shapes in it, it isn’t very resonant so just 3 CLD squares for it.

If you notice in of the pictures, I removed all of the wiring from the back wall. This will be placed over the MLV/CCF to help hold it up and for easier access in case I need to do something with this.

The back wall does not have an easy way to trace so you can either do MLV or CCf. I choose to trace the CCf since it was a little easier to work with.

Once you have it traced lay it over the MLV

I choose to make one piece of MLV/CCF to cover the back wall and the seat platform. Less seams the better. The corner of the platform though was difficult so you will have to cut it and then lay a piece of vinyl tape (using HH-66 vinyl cement) to glue it on.

I traced the piece of tape so I knew where to glue. The glue, when dry, is not sticky so it isnt’ a big deal if you glue extra.

Floor:
4 ResoNix Squares (significant coverage from the factory)
Could use a couple of rectangles for additional coverage but not much resonance on floor)
39.6 ft² ResoNix FD1

Remove 4 bolts from each seat and remove seats.

Remove 6 bolts from center console. The cup holder area just is clipped in place so pull up hard. This reveals 2 screws. Two are on the back in the holes the seats were blocking and the last two are at the bottom front under the trim panels that clip in place. Remove the center console attachment metal piece via the 4 bolts. Also remove the amp attachment metal piece (piece near the HVAC controls) Then slowly start pulling out the carpet.

The floor was covered in about 70% of factory deadener (the black looking stuff) so this didn’t need much. Oddly, the one place it doesn’t have any is right under the factory Sony subwoofer… (left far side in the below picture)

2 CLD squares placed under the front seats on 1 CLD square under the center console (split into two smaller pieces) and 2 squares on the backseat area.

MLV/CCF for this was just big sheets. I found the easiest way to do this was to start peeling some of the CCF, place the MLV on that part to stick it and hold it down via the MLV weight. Then peel the rest of the CCF backing. Place on the floor and seal to back seat platform piece using MLV and HH-66

HH-66 on half of the MLV tape strip. It is hot in phoenix so by the time I got half done it was ready to be placed on. Cooler areas might be able to do the whole thing at once…although that would be challenging to line up properly.

Front seat area ready to go in. Same as last piece except this one is a little more challenging as it will need some seams to go under the HVAC controls. Slid as far forward as I could get it. Cut around anything important and seal with MLV/HH-66 tape again.

Remove 2 pine tree push pins from the back. Remove B/C pillars if you haven’t already (you probably did if you covered the floor.

Carefully pull down to remove wire

Sunglass holder is just clipped in place in the rear. Pull down with force.

Remove two wires from sunglass holder. Also remove wire from mirror and rain sensor if you have them.

Remove one bolt from dry cleaning hanger. Careful with the cover that covers that bolt. It is fragile.

At this point the headliner is held up by magnets. Give it a tug and it will fall down. Careful not to let it bend or you will always have that crease

I have the sunroof so there is a lot of “stuff” up there.

Unfortunately, nothing to keep resonance or heat out!

I placed 3 CLD squares at the rear behind the sunroof

I also used about .5 squares at the front window area.

I also placed as much as I could at the front area as well. 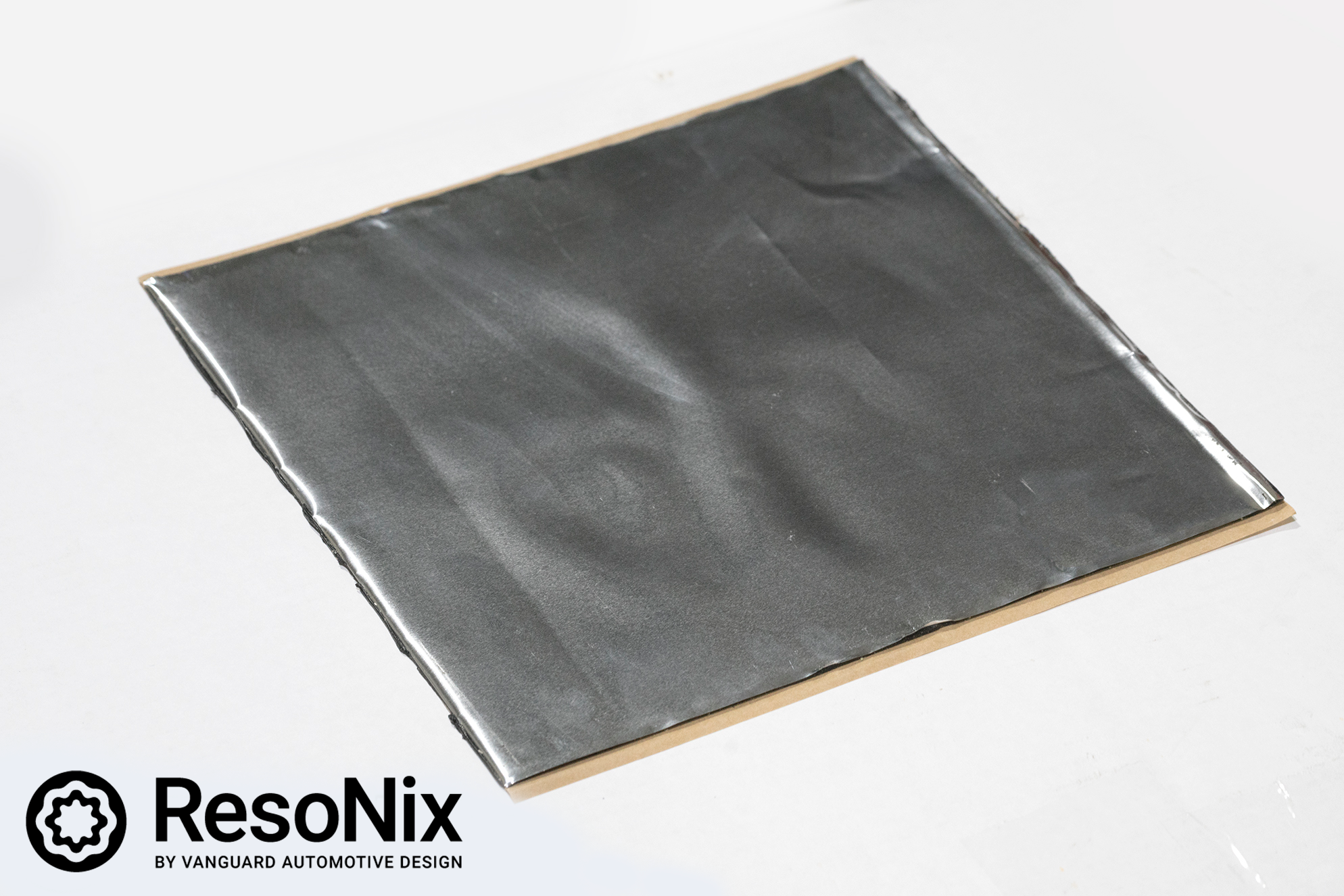 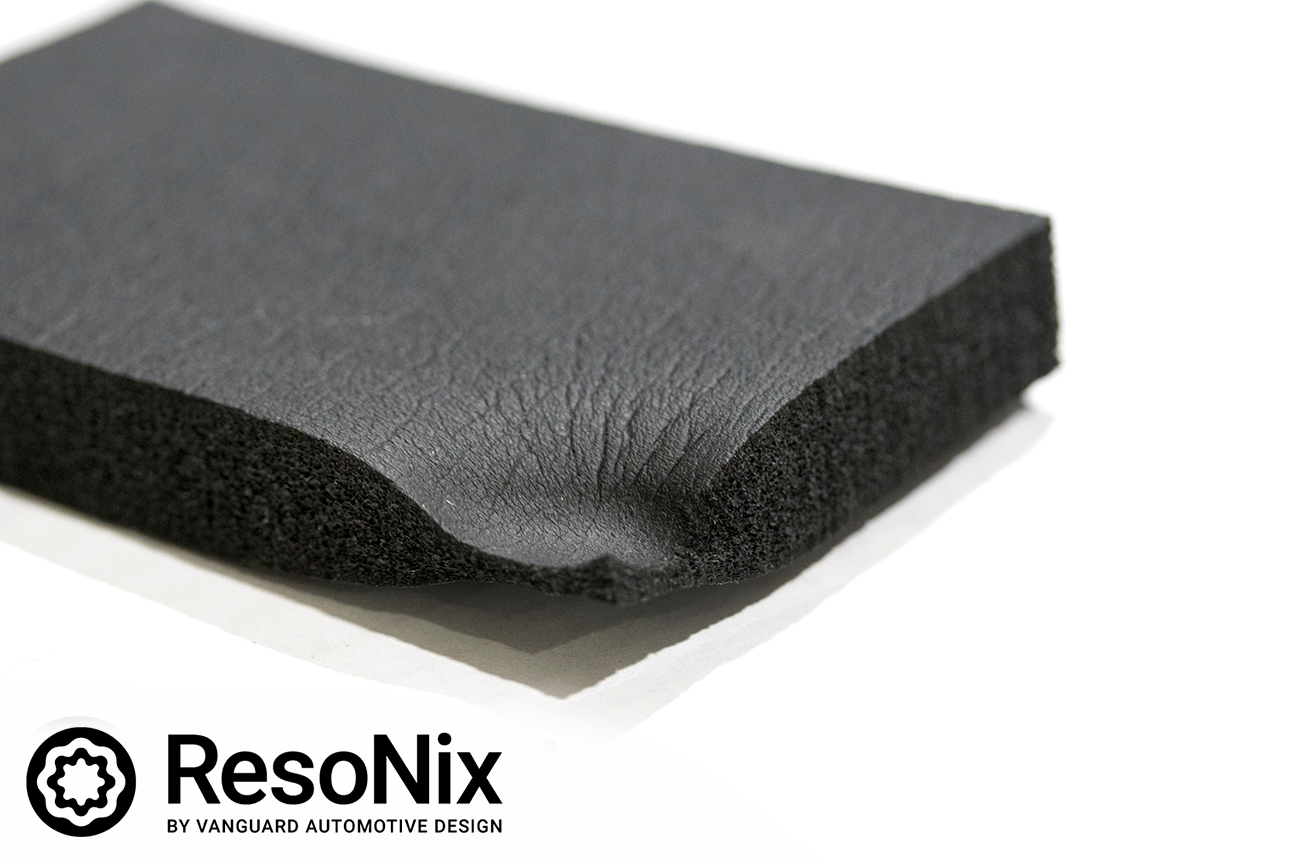 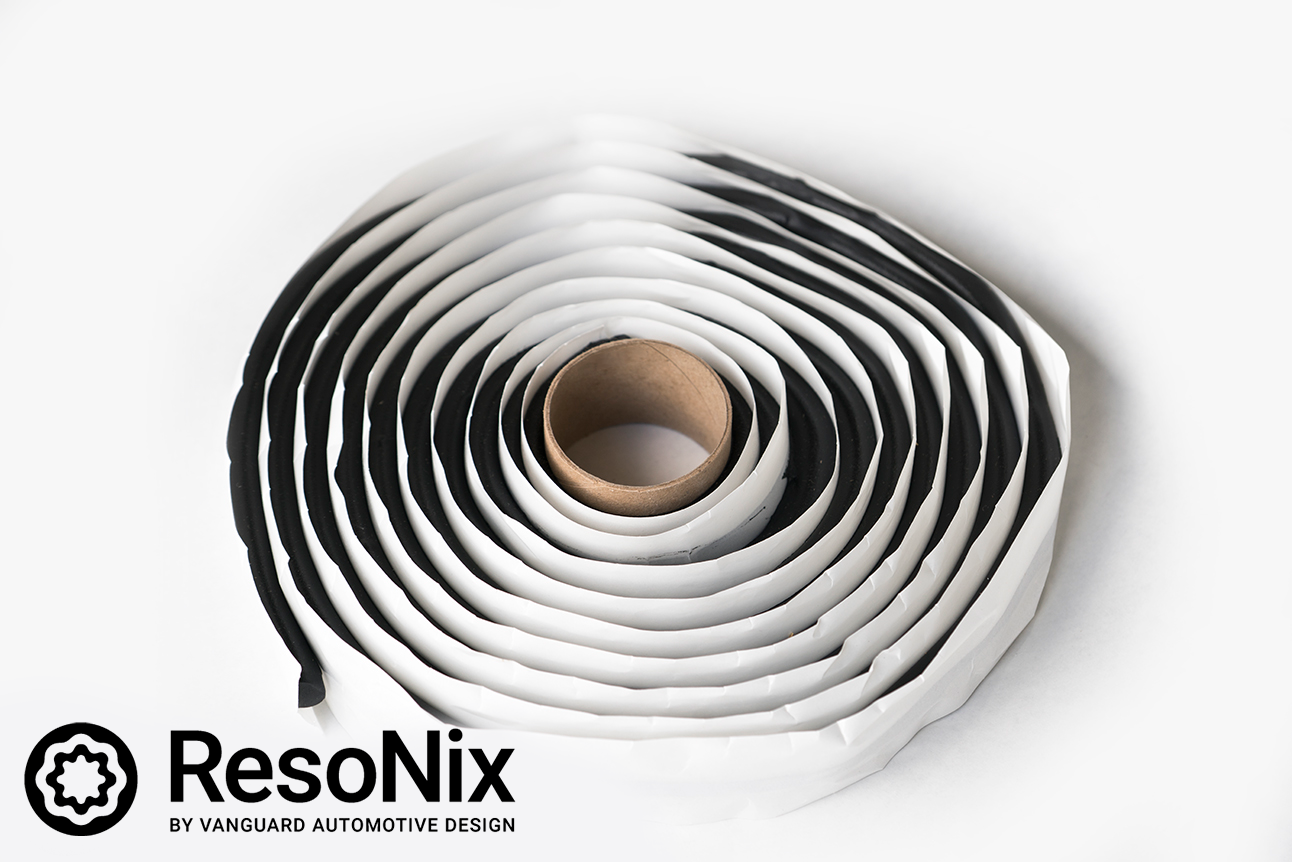 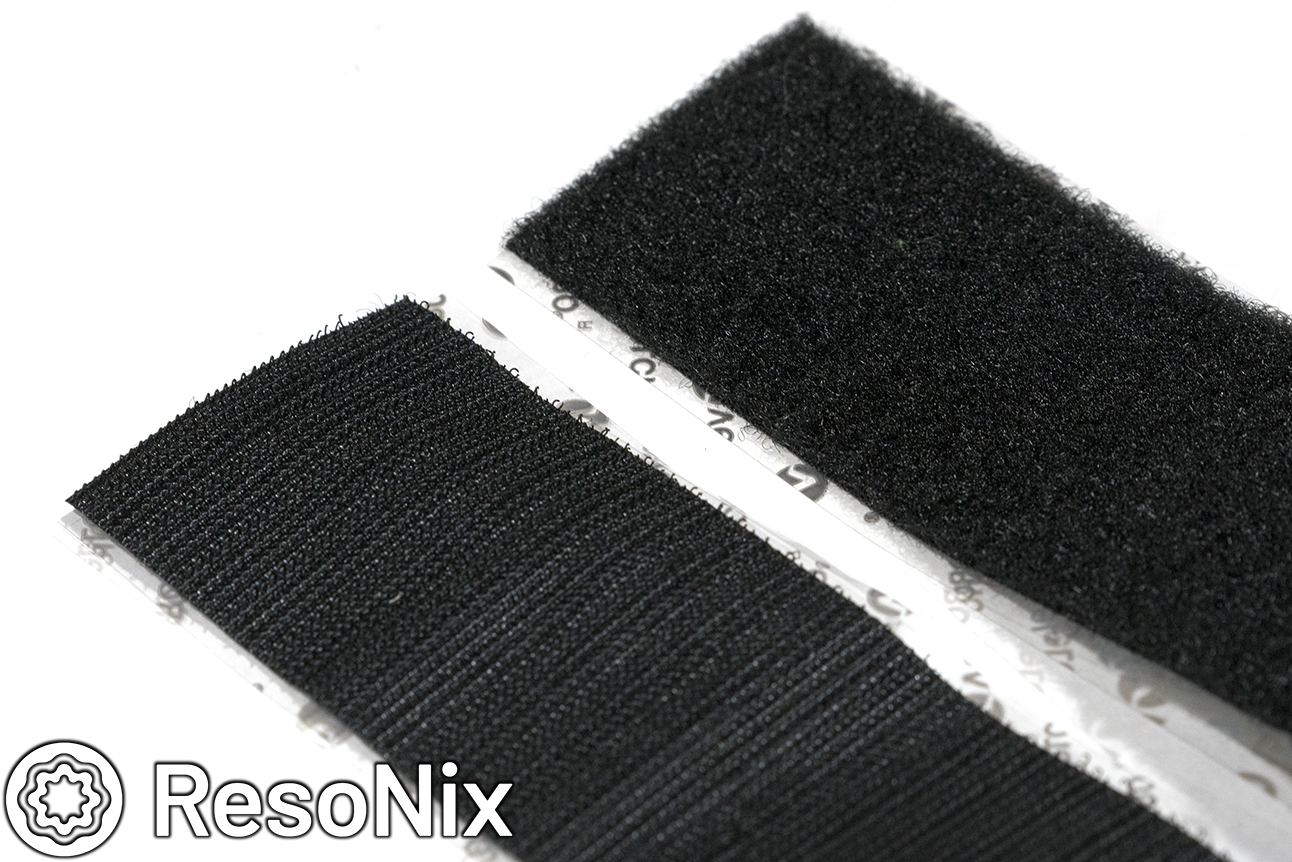 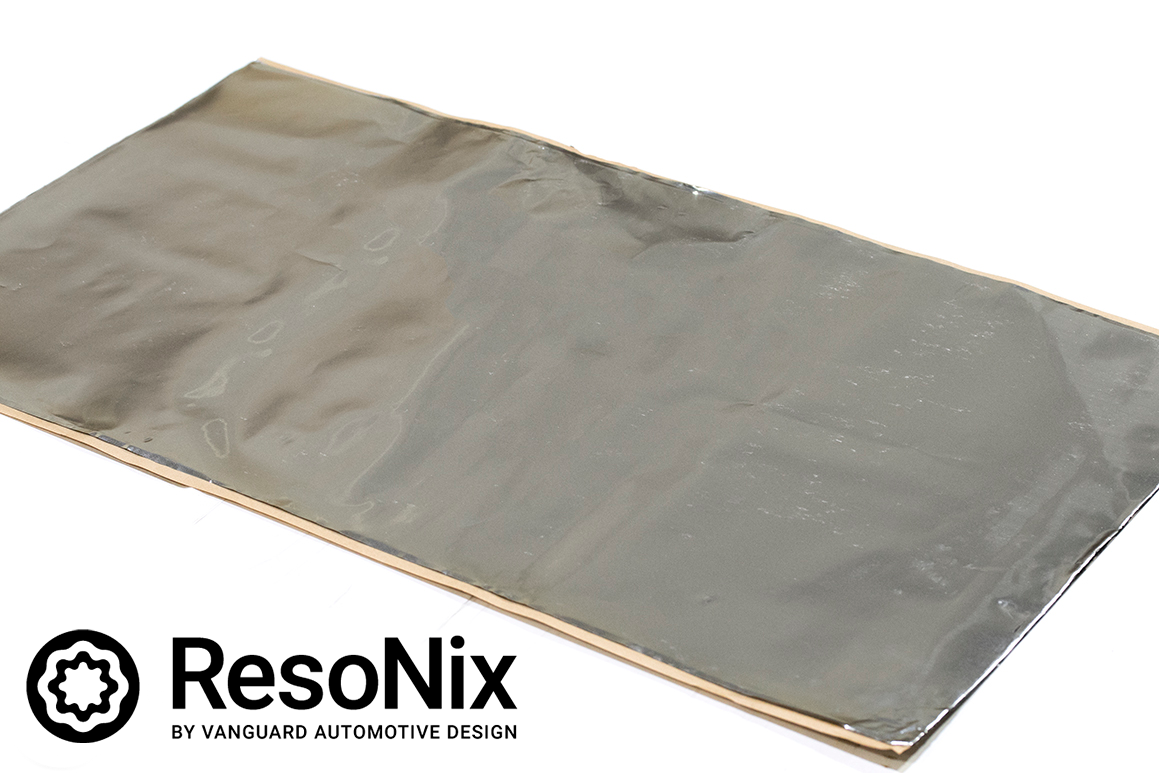